We have always had a passion to raise money for our local charity, this is Cynthia Spencer Hospice based in Northampton. CSH has been our corporate charity of choice for over 5 years, and we have raised some great money for them. Our events have included a social media campaign called #SingforCynthia, cycle events and football events which we organise yearly.

This year was great to see so many local businesses attending our Silverstone Soccer event which was held at Daventry Town Football Club. The video below show's what we got up to on the day. We had a lot of fun, and over £2000 was raised!

Scott Norville, Managing Director at Silverstone Leasing, said: “We are thrilled at the success of the second Silverstone Soccer event. Cynthia Spencer Hospice has been our charity of choice for the past five years now.

“There’s a lot of members of the Silverstone Leasing team who have had personal involvement with the hospice. We are very lucky to have such a wonderful charity local to us in Northamptonshire and we want to do our bit to support it.

“This event was about raising money for a fantastic charity but also about getting people together after all the restrictions of the pandemic, and having some face-to-face interaction. The level of play was amazing, a lot of the teams had been training for months so the standard was really good.

Nina Gandy, Corporate Partnerships Fundraiser at Cynthia Spencer Hospice, was on hand during the day to talk to the businesses taking part, which Silverstone Leasing hope will lead to more fundraising opportunities for the hospice with other companies.

She said: “The tournament proved a great success once again. It was brilliant to see a range of teams who played in the tournament back in February last year as well as new teams too. There was a really great atmosphere on the day and everyone seemed excited to be back at a proper event again.

“Everyone who played, attended and donated raffle prizes will be making a huge difference to our patients and their families. A huge thank you to Ryan, Scott and all the team for making this a success once again.” 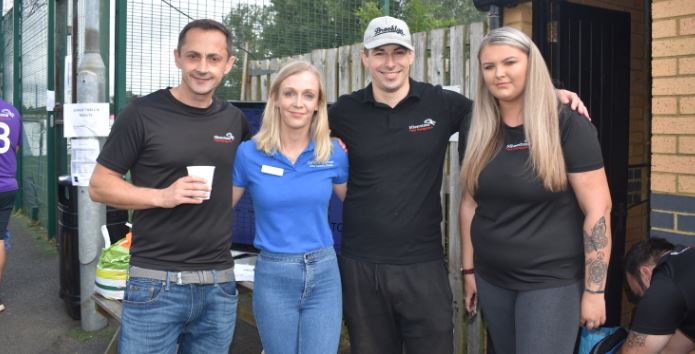